If you want to use the Internet safely but at the same time keep the connection as fast as possible, you need a high-speed VPN. Unfortunately, as practice shows, most VPNs only claim to be lightning fast. But once you start using them, you notice a significant loss of the connection speed.

Sure, every virtual private network application will slow down the download and upload speed since it adds extra layers – the traffic gets redirected from server to server for safety reasons. Many providers would kill up to 90% of the connection speed, and such sacrifice is just not worth the safety.

The good news is VPNs that don’t significantly slow down the connection speed do exist. After conducting dozens of speed test we can say that with some premium providers you’ll experience no more than 10% of the drop in speed. Let us help you pick the VPN that will make you sacrifice less in your quest of achieving the safe connection. But first, let’s outline the reasons that hinder VPN’s performance. 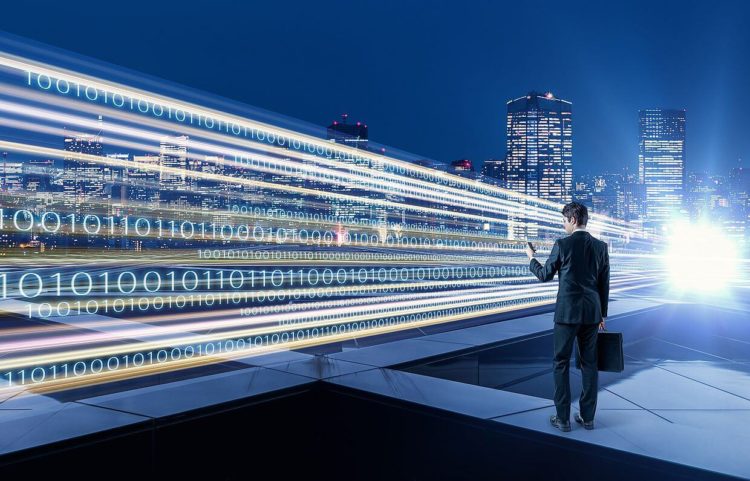 There are a lot of reasons why the VPN can make you feel like you time traveled back to dial-up age. But the main are:

There are too many customers. It happens quite often with new providers that try to give their clients everything for a really low price. Users will want to get such a great deal. And at one point the provider finds itself in a situation when its capabilities hit the ceiling. Therefore, we all have to remember that good things can’t be too cheap. Reliable providers can handle large volumes of users, but you have to pay for comfort.

Only the user can influence the initial speed – by changing the internet service provider, for example. But we have picked VPNs that offer a choice of protocols, locations, and servers. Of course, these services are not free. But paying for a VPN, you will get servers that are not overloaded with traffic.

What is the fastest VPN app?

As we were running tests, we had an initial speed of 98.82 Mbps. We are located in Europe and tried different locations each provider has to make sure we can get a decent speed even being connected to a very remote server.[/vc_column_text]

Then we tried the US location, and despite the distance, the speed was rather high: 61.23 Mbps for downloading, 32.41 Mbps for uploading and 108 ms ping. Of course, we had to try the most remote server, so we connected to one located in Hong Kong. And we had 29.78 Mbps as download speed, 13.76 Mbps for uploading and the ping was 289 ms.

This provider gives users a vast choice – over 2000 servers located in 94 countries. All servers are protected with 256-bit SSL encryption and offer a selection of protocols. Among features, you’ll find split tunneling, DNS Leak Protection and Kill Switch.

ExpressVPN works with Netflix and other streaming services and allows torrenting. And the high bandwidth allows playing games online and even streaming your gameplay. The only downsides are that you can connect only three devices within one license, and the price is a bit high.

Best for streaming
Devices per license:
6
Torrenting, Netflix, HBO:
Mobile app:
Number of servers:
5,700
Zero-Logs Policy:
Provider Plans:
1-month plan
$11.95 /mth
1-year plan (Save 41%)
$6.99 /mth
2-year plan (Save 66%)
$4.99 /mth
3-year plan (Save 75%) + NordLocker for FREE
$3.49 /mth
Visit Site
Money-back guarantee - 30 days
NordVPN can be as proud of its bandwidth as ExpressVPN is. The closest European server offered us 78.67 Mbps for downloading, 47.91 Mbps for uploading and 46 ms ping. These are excellent results you can work with. Including that NordVPNs servers are optimized for streaming, you will enjoy how fast your connection is.

This provider has excellent coverage – more than 5000 servers spread among over 62 countries. That’s a fabulous choice, not every VPN offers. So you can choose the server that gives you a better speed. NordVPN has 256-AES-CBC encryption for Windows and Android, and AES-256-GCM encryption for MacOS and iOS. You can select whatever protocol you like.

The provider has common Kill Switch, and DNS Leak Protection features with unusual Onion over VPN, SmartPlay and Double Data Protection functions. NordVPN works with Netflix and other streaming services and allows torrenting. It’s great for gaming due to high speed. You can connect up to six devices simultaneously.

Such a big difference calls some concerns – what if the initial speed is lower? Then while being connected to the US server with the VPN, you might have some delays. Of course, if you’re watching something on streaming services, you will most probably have a smooth stream. But for online gaming, this speed might be not enough.

Apparently, Asian servers offered us even lower speed – 10 to 20 Mbps for downloading. Again, chances are you will never use locations in Asia. The lower speed is balanced by great protection. Such as 256-bit encryption along with a choice of the most reliable protocols offers strong security. Add to it VPN killswitch and DNS leak protection, and you’re entirely safe.

Also, you’ll find a split tunneling feature that allows improving the speed. It is really useful considering that PureVPN works with Netflix and other streaming platforms. Therefore, a higher speed will always be a plus. If you’re connected to the closer server, you can play games with comfort as well.

The provider has over 2000 servers dispersed among 140 countries. That’s a high number, so we’re sure you’ll find the perfect server for your needs.

Best for basic security needs
Devices per license:
5
Torrenting, Netflix, HBO:
Mobile app:
Number of servers:
3059
Zero-Logs Policy:
Provider Plans:
Monthly
$9.95 /mth
Yearly - Save 52%
$3.33/month /mth
6 months - Save 40%
$5.99/month /mth
Visit Site
Money-back guarantee - 7 days
This provider has ok speeds that are not bad but also not great – when connected to the European server we had 72.98 Mbps for downloading and 34.23 Mbps for uploading. These are good results, but still, we had better speed with NordVPN and ExpressVPN.

The US server offered is a download speed of 54.12 Mbps and upload – 23.93 Mbps. Of course, remote servers had even lower results of 22.36 Mbps for downloading. European and US location didn’t have terrible results – that’s the bandwidth you can use to play games comfortably. And the affordable price tag justifies lower speeds.

Private Internet Security has a vast choice of over 3400 servers that are located in more than 18 countries. Of course, the list of locations could be broader, but for most situations, it’s just enough. You can change encryption settings and protocols as you like making sure you have the protection you need.

This provider doesn’t have many features. You’ll have only Kill Switch. When it comes to Netflix and other platforms the results are decidedly mixed – sometimes it works, sometimes not. Torrenting is allowed, and the speed is suitable for gaming. Most likely you will have no delays if you’re connected to the close server. Also, you can use up to five devices simultaneously which is a huge plus.

Best for families
Devices per license:
10
Torrenting, Netflix, HBO:
Mobile app:
Number of servers:
1,100+
Zero-Logs Policy:
Provider Plans:
1 month (Save 17%)
$10.00 /mth
3 months (Save 25%)
$8.99 /mth
1 year (Save 46%)
$6.49 /mth
Visit Site
Money-back guarantee - 7 days
Considering that IPVanish is generous enough to offer ten simultaneous connection, it is an excellent choice for family use. This provider doesn’t lose a speed competition as well. 81.97 Mbps for downloading and 45.12 Mbps for uploading – that’s how good the result was when we connected to the European server.

Of course, the US server offered a lower speed – 43.71 Mbps for downloading and 23.41 Mbps for uploading. Not the worst result, we have to say. Asian servers were slow as usual – only 10 Mbps for downloading. The number of servers is quite high – over 60 countries with more than 1000 servers.

The encryption IPVanish uses is the one that is trusted by providers worldwide – AES-256. You can choose different protocols, and if you want even more protection, you can connect even to SOCKS Web Proxy.

This provider doesn’t have any additional features, even Kill Switch, and it is a bit weird. However, it allows torrenting, and some servers would also work with Netflix. Since the speed is high enough, you can play online games, and with ten simultaneous connections, it will be fun for sure.

5 Ways to Speed Up Your VPN

If you can’t get the speed you desire, there always are some trick that can help you out. But remember, if your initial speed is low, VPN won’t improve it for sure.

Connect to nearby servers

The closer the server is, the faster the signal arrives. Consequently, the higher the speed gets. So if you’re using your VPN for gaming and you don’t care much about the location, choose the closest server possible. Most likely it won’t work for unblocking some geo-restricted content – say, you’re in Europe willing to watch the US show – but in all other situations it’s a great solution.

Some providers offer dedicated server for torrenting, for example. Doing so they provide a less loaded server with maybe a higher bandwidth. Therefore, choosing a VPN, you have to look for those who have purpose-specific servers.

This feature allows you to decide which apps will run their traffic through VPN, and which ones will go outside of it. It helps a lot, especially including that you pretty much never need VPN for every single action.

Use browser plugins instead of the app

The desktop application will run all your traffic through VPN – browser, messengers, other apps that use the internet. If you need VPN only for your browser activities, you should use a plugin instead. It won’t load your system, and it will impact only your actions in the browser.

OpenVPN is the most used and preferred protocol due to its high level of security. While it offers excellent protection, it can limit the speed. So if you have issues try connecting to speedier protocols like IKEv2 or PPTP leveraging your privacy a bit.

What is the fastest VPN for gaming?

Every gamer that loves online games knows the pain of a blocked IP address. The solution is a good VPN that will offer a high enough speed. Choosing it, you have to check the latency – the lower the ping is the fewer lags you will experience.

Therefore, you should check where the servers of the game are located and pick the VPN service that will have servers nearby. In any other situation, you’d look for high bandwidth, but gaming doesn’t require that much of it. It’s all about close locations.

As you can see, different needs require different solutions. Gamers will look for the low ping, those who use torrents a lot – for dedicated servers, and Netflix lovers – for providers that allow accessing streaming platforms. Therefore, you have to determine your needs first and only then begin your hunt for a perfect VPN.

The VPN market is highly competitive. Thus, providers try to target slightly different audiences creating their products. And it’s great news because it means that everyone can exactly find what they need. You have to know what are you looking for.

Internet privacy, freedom of speech and modern developments in the technological world – that's what Tom is interested in. Writing about the latest trends and helping young entrepreneurs in their daily struggles is what Tom is doing on a regular basis. He graduated from a prestigious business school and achieved great success in cyber security analysis, thanks to a "mathematical" mind and early success with his own analytic company. To make informed decisions online, you need a guy like Tom to guide you in the not-so-simple world of hackers, viruses, all-seeing eyes, and tracking government agencies. Virtual Private Networks are the next big thing in online protection, but without some basic knowledge, you'll most likely to end up paying more than you should. With this man's all-in-one articles, his VPN 101s, you won't make that mistake.